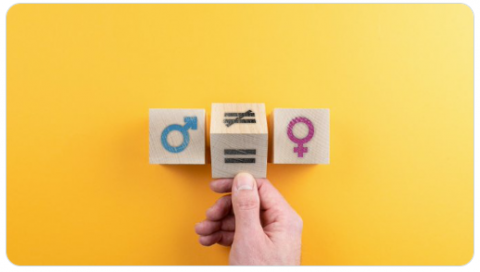 Thirty of the 61 million people currently living with diabetes in Europe are women. Undiagnosed diabetes and diabetes with suboptimal glycemic control potentially result in devastating complications, negatively affecting quality of life and health outcomes. An increasing body of evidence suggests that diabetes adversely affects women more than men. For instance, studies from The Lancet Diabetes & Endocrinology have shown that women living with Type 2 Diabetes (T2D) have a 27% increased risk of stroke and a 44% increased excess risk of coronary heart disease compared to their male counterparts. Data from some high-income countries has also shown that women were less likely to receive care as per recommended guidelines and also less likely to adhere to strict glycemia-lowering therapy. Cross-sectional studies have shown similar results in terms of gender differences in several European countries such as the UK, Germany and Italy.

The burden and the impact of Gestational Diabetes (GDM) adds to the complexity and inequality faced by women. GDM is a severe and often neglected threat to maternal and child health. Over half of the women who experienced GDM go on to develop T2D three to six years after delivery and GDM increases pregnancy-related complications such as high blood pressure, large birth weight babies and obstructed labour. A study on more than 47,900 deliveries over a decade have demonstrated that GDM also increases the risk for cardiovascular mortality in women.

The American Diabetes Association estimates that women are twice as likely than men to suffer from depression and anxiety related to living with diabetes which demonstrates that inequality exists even regarding the mental and psychological impact of living with diabetes. This may be partly due to hormonal changes associated with menstrual cycles, menopause and pregnancy that can make it difficult to manage blood glucose levels, but also to specific stress factors such as the greater risk of miscarriages or babies born with birth complications in women living with diabetes.

Addressing these challenges and ensuring equality for all requires strong preventative action. T2D is a complex disease with strong interplay between societal, environmental, behavioural, genetic and metabolic factors,some of which are are modifiable and others not. Increasing evidence show the importance and effectiveness of screening and early action in preventing T2D by acting early on the modifiable factors such as physical activity and healthy nutrition. Lifestyle interventions can reduce the risk of developing T2D by 50% if implemented early and screening greatly reduces the risk of diagnosing the disease too late when a person has already developed severe complications.

DigiCare4You,a Horizon 2020 EU funded project, seeks to improve the prevention and management of Type 2 Diabetes (T2D) and hypertension (HTN). The project’s objective is to assess the scalability and transferability of an intersectoral, innovative person-centred solution involving digital tools, aimed at empowering families and integrating community care services in Europe for the prevention and management of T2D and HTN.